Just enough Sketchup to pretend you can 3D print

As part of the Sudo Room's Today I learned series one-off classes, workshops, and talks led by members of the Sudo Room community, I threw in my cap to teach Just enough Sketchup to pretend you can 3D print. This is how I capitulated it in advertising: 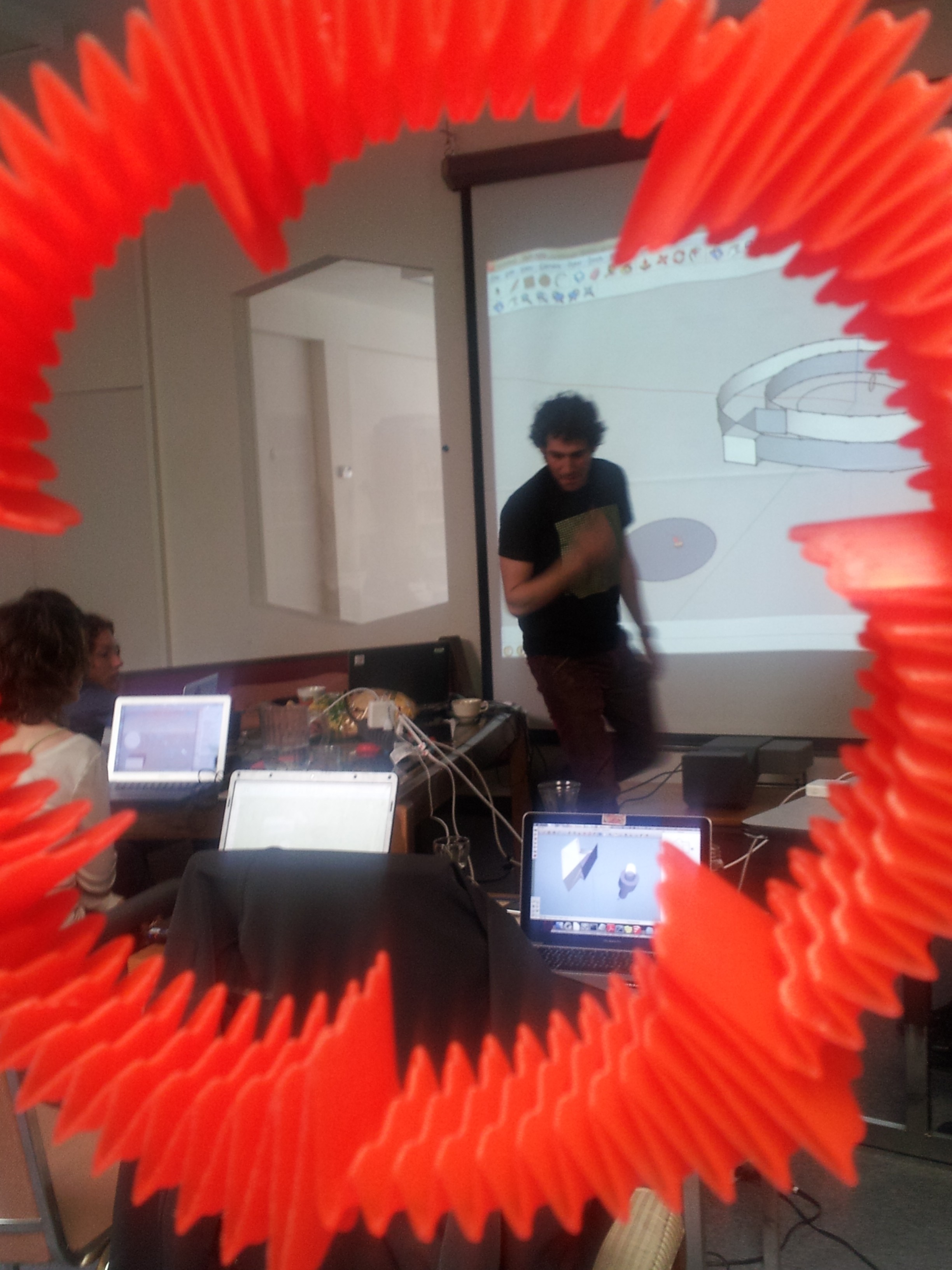 Owing to a combination of recent hype on the subject, relative ignorance of the process, and unbeatable price-point, the workshop was well attended at 15 mouse-clickers. Happily, those computer users, were in large part not preexisting sudo room members, which is precisely the point of Today I learned - a hands-dirty introduction to the hackerspace. The participants were also diverse in age, and sex which is either reassuring to the activity or persona that sudo room is trying to project.
[pic from vicky]

It was ambitious to try move the group from varying states of noob-ness to Shape Sheikhs. After the basic and abstract tutorial, I planned to make a put those skills to work, and make a model to print. A variant on the laugh-inducing fingerplate. Yet in spur of confidence I took suggestions from the participants for a shape, and then we had a vote. We were equally split between the adventurers in fingerplate, and those who wanted to hone on simpler objects first. Thus two factions were made, and Miloh from Type A Machines who was attempting to master his pedagogy of 3D printing, took some leadership. Even with the split, the natural effective attention span and fatigue limits of the average human meant that most left without moving from design to print. Strong parting encouragement from the pupils means that a second installment will be on the way.

Yet one particularly dedicated hbergronx saw the process through, past the setting of the sun. In what may be a rite of passage, that mimics my own fascination with understanding the machine at an early stage, he made an interlocking torus (tori?) design. "Reproducing offspring" is a concept famous in the 3D world, where 3D printers can print themselves. Its original meaning is apposite here too where a generation of humans can teach one another to 3D print. 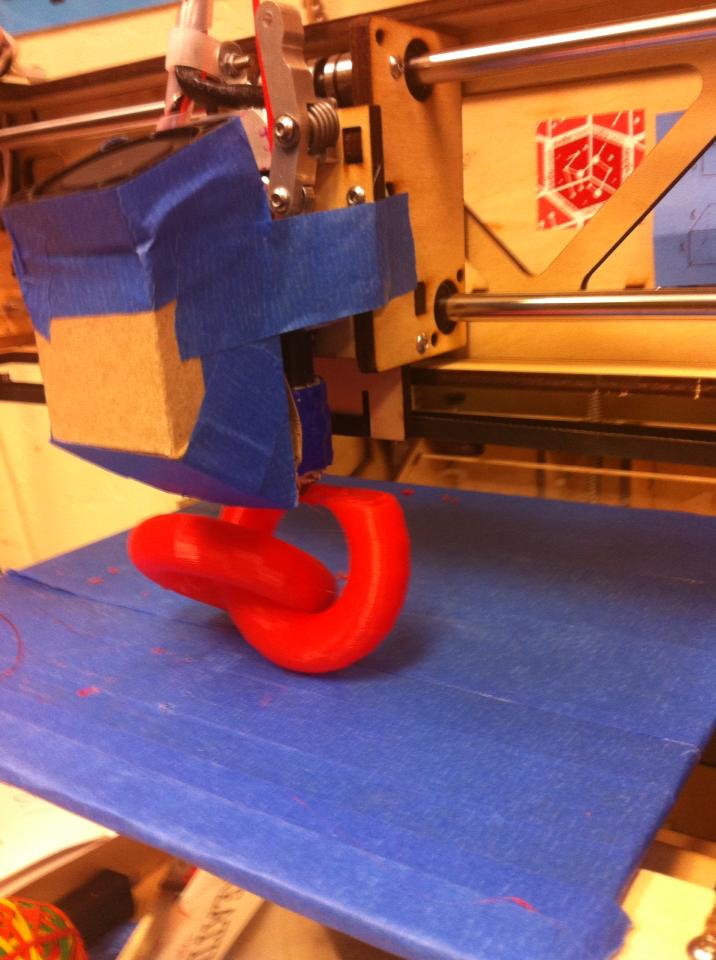 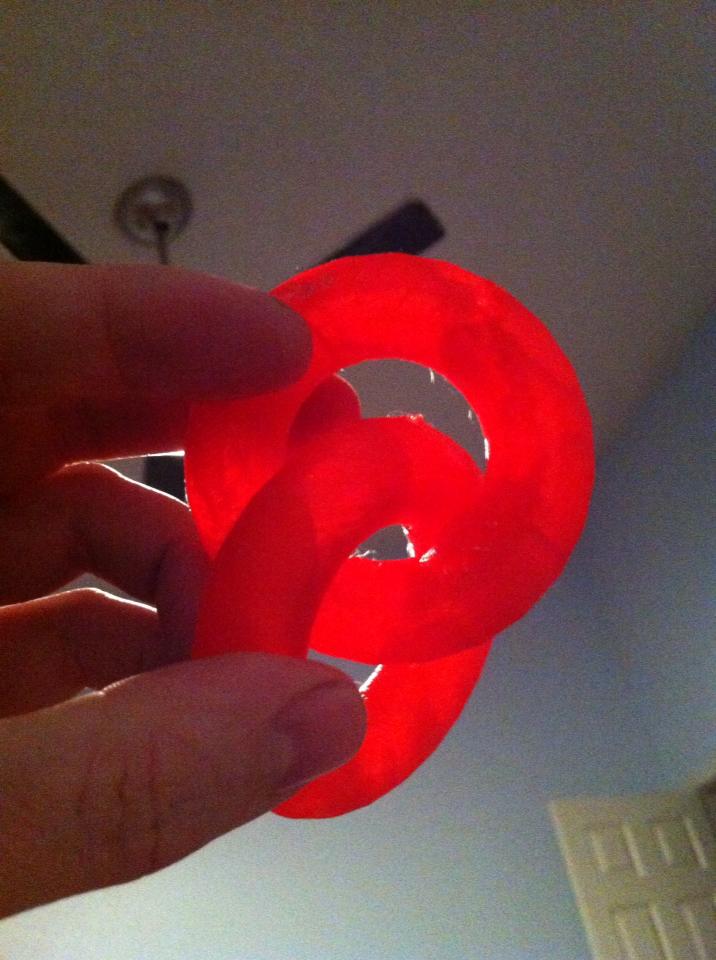