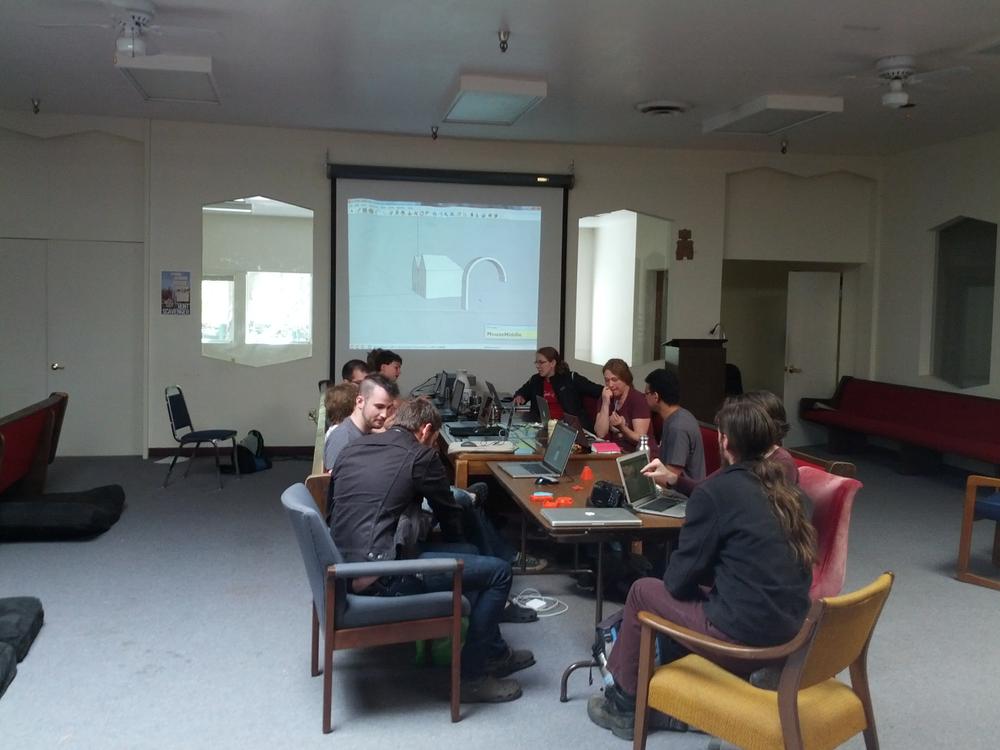 My follow up class to Just Enough Sketchup (creatively entitle Just Enough Sketchup II ) was on Saturday April 20th 2013. As you can see, the turnout doesn't still hasn't failed to impress. I wonder how elastic the audience would be if the price wasn't free? Nevermind, we had 4 glorious hours of learning Sketchup, two of which we spent printing. (Regretfully uncaptured by camera). 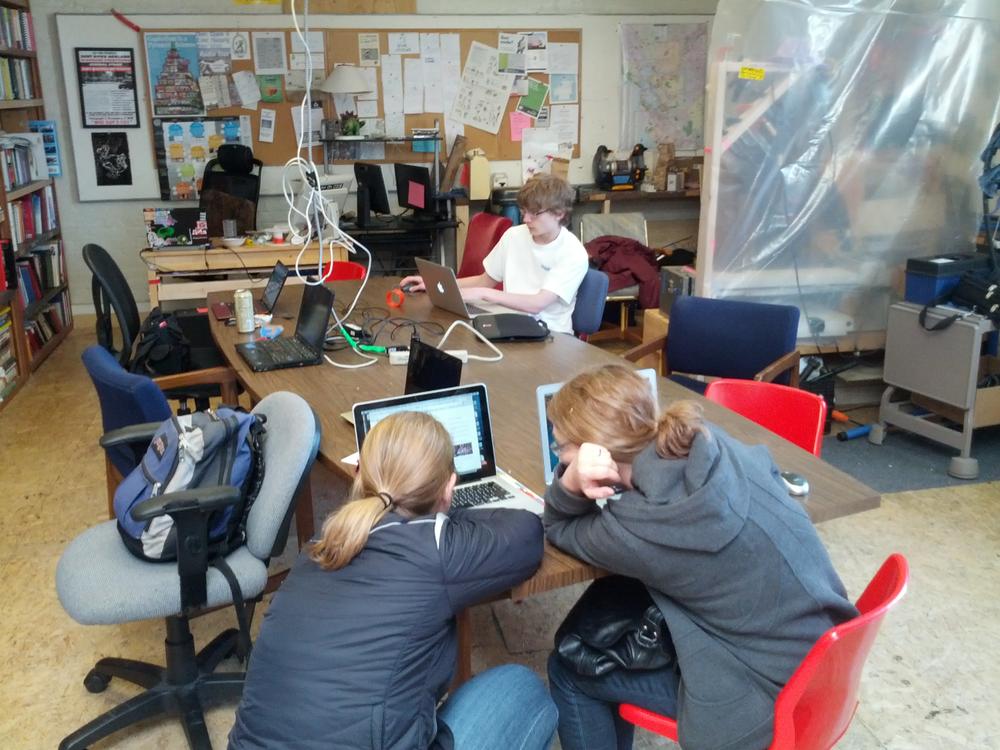 The most notable aspect of this round of 3D printing extravaganzing, was that we were graced by two Middle School Teachers and two Middle School Students. In their capacity to learn Sketchup, I was highly impressed. Children, I'm now recalling are almost humans in their own right?! Only with the plasticity of mind that allows you to download an entire set of program commands in to their brian in a single sitting, have them creatively recombine.

Another item of note was that I was able to question these teachers for feedback on the intructional design of my class. My inability to lead everyone together had worried me, because I must have understood from school that everyone must strictly follow the teacher at their pace. But the two teachers complimented me on supporting free learning by having a central tutorial that students were free to abide, or leave at their own pace.

Are there more 3D printing classes in the works? I'm inclined to set up a more casual weekly, or fortnightly print club. Any takers?