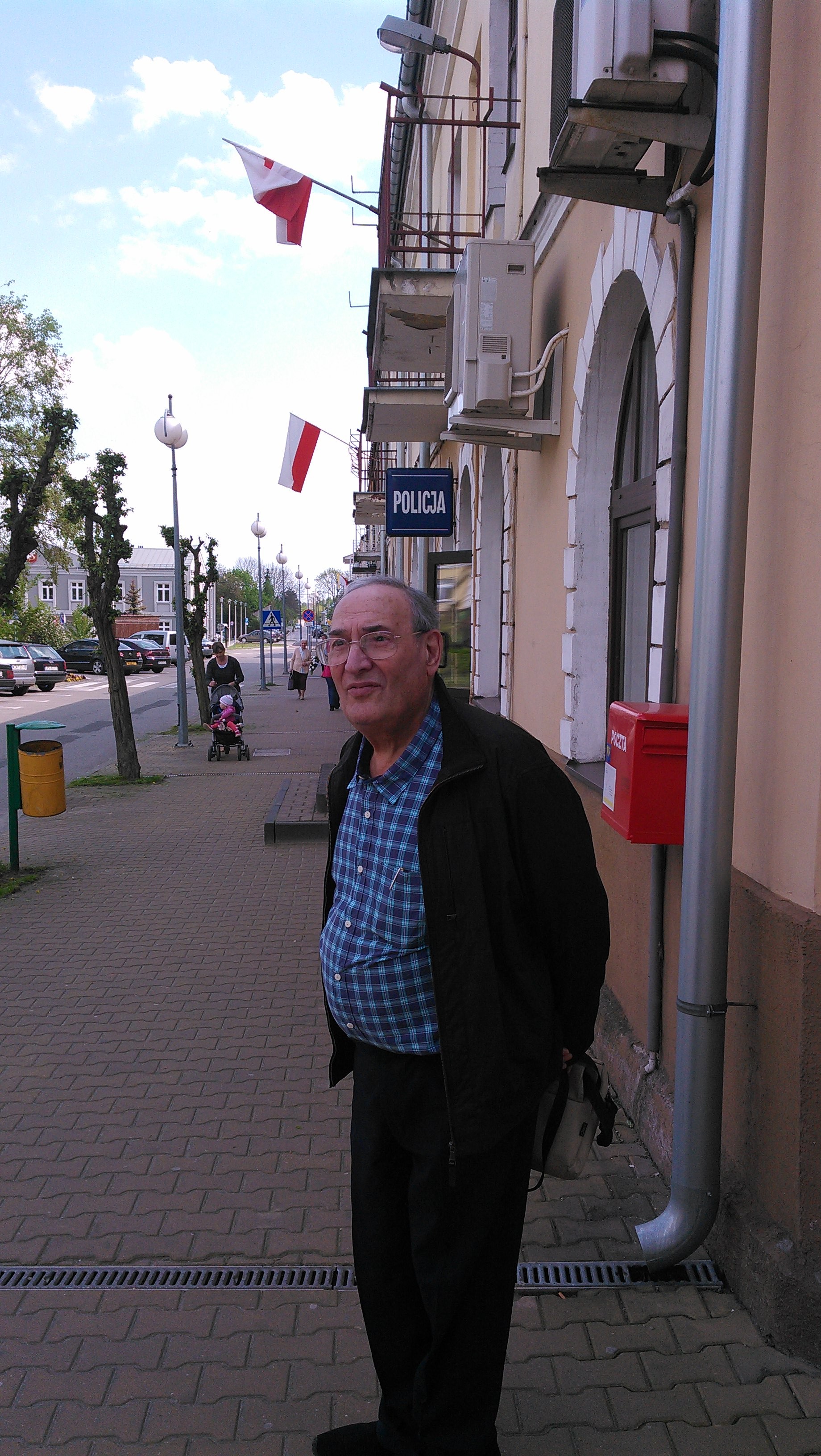 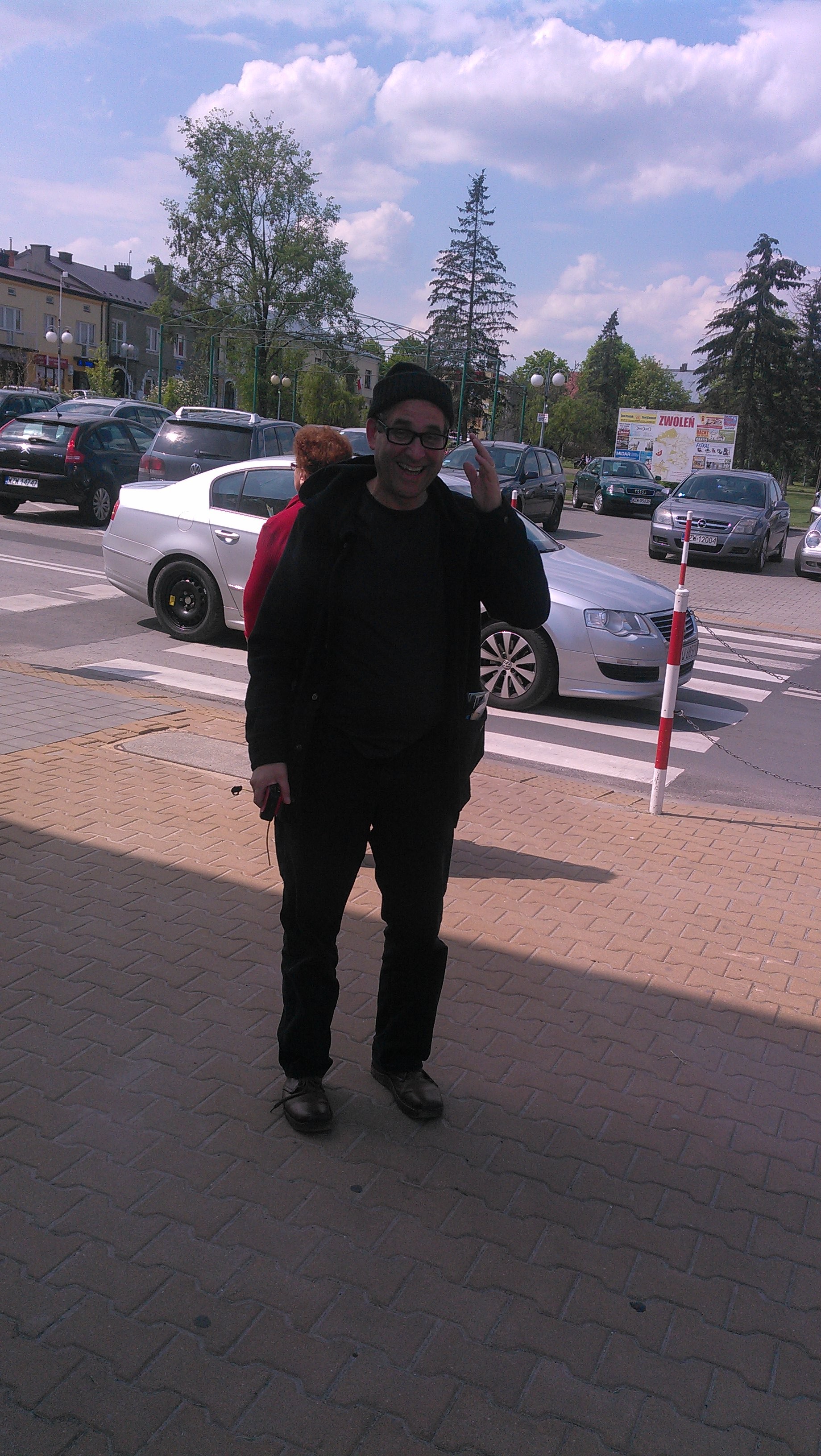 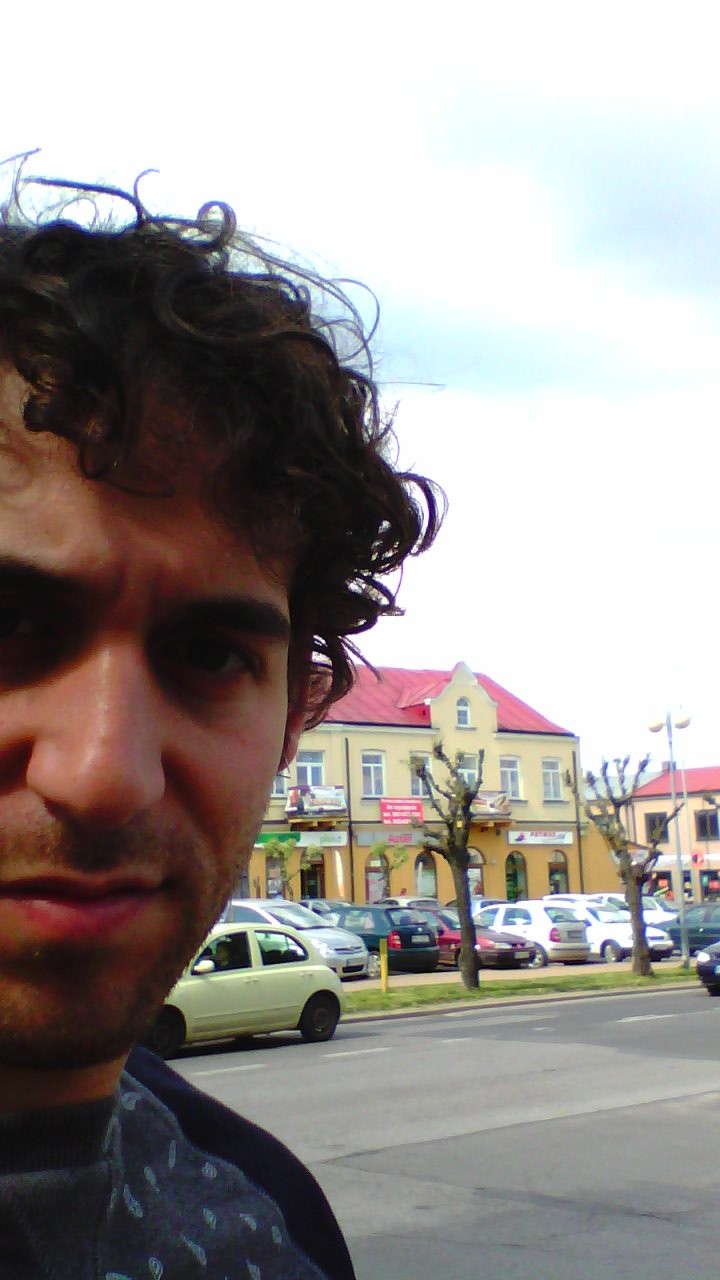 With my father, and his father, we went to find my Grandfather's Grandfather (all on the paternal sides if your keeping up). The most we knew about this 5-generations ago man was a snippet from naturalisation papers -

On 30 of April 2014, having flown to Poland, we took the last leg to Zwoleń for Krakow, by way of hired private tour guide.

Note: very unfortunately our main camera was stolen later on in Poland, so here I stitch together what I can from camera phones, Google Street View screencaptures, and http://deathcamps.org/occupation/zwolen.html.

Our guide and driver was Marta, of Rick Steve-recommendation. 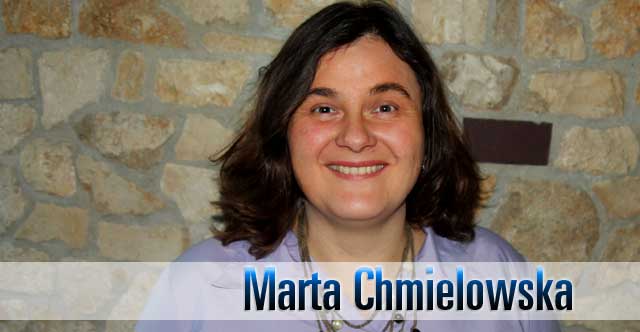 We didn't find Marta through Rick Steve, but the recommendation was easy to understand - Marta was as enthusiastic and curious about our story and all Polish History in general.

After 4 hours on Polish country roads, closer to Warsaw than Krakow as Marta informed us, we happened upon the assuming small town. 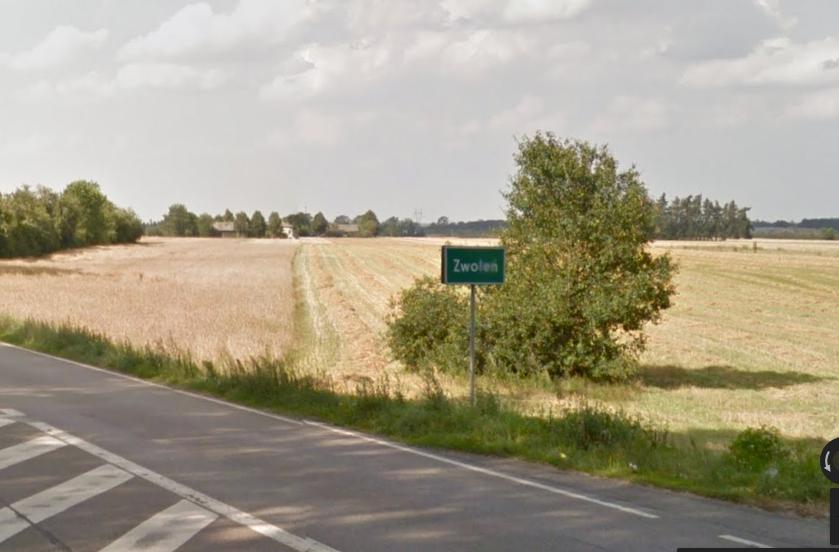 Although we'd told Marta that at first we'd just want to walk around the town, and perhaps later go to the record office to see if we could glean any more information, Marta's keen inquisitiveness lead us directly to the town hall in search for records. 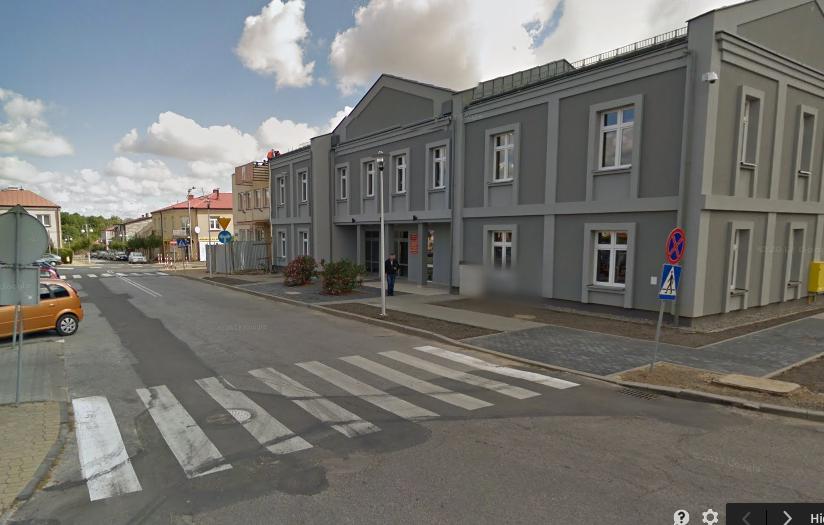 With out speaking any Polish we would have been lost, but with Marta's hobbyist passion the Director of Records was happy to oblige us. In a stroke of great coincidence the local historian Pawel was in the building.

A coincidence because Pawel was actually on Holiday, but since it was the last day to file taxes in Poland, he was milling about the beaureaucratic centre. Even more coincidental was that Pawel's pet subject was the pre-war Jewry in Zwoleń. He spoke no English but Marta was a keen and capable interpreter. In fact between Marta's desire to learn more of her country, and Pawel's joy at having someone with whom to share his reseach, the the two of them started to delve into great detail about Jewish history. Surprsingly the next 2 hours turned into a rich impromptu tour through time and space. Going down the rabbit hole, Pawel lead us to the town library. The building housed around 2,000 volumes, about as much as you could fit into the converted Pharmacy (Polish:"Apteka"). 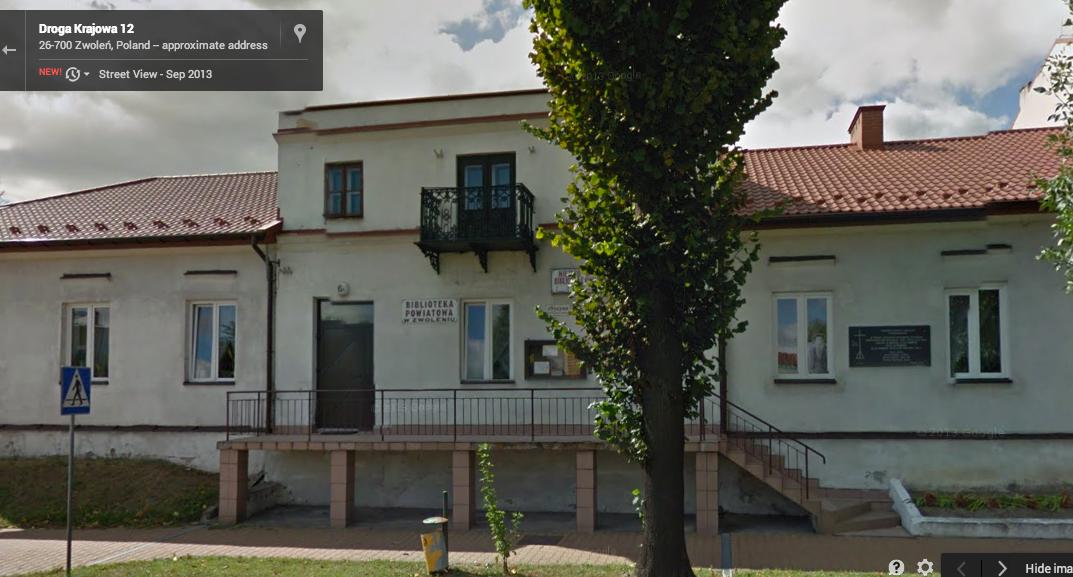 Here we encountered the Librarian Zbigniew, who immediately dug up a 1998 self-published, amateurishly-bound monograph Žydach zwoleńskich i nie tylko, about local Jewish history. In the back of the book was a transcription of the town register, containing a list of known Jewish inhabitants accurate as of 1929. Klajnbohm was not on the list in any spelling variation (such as "Kleinbaum" ) despite the plethora of Kupermans, Niselbaums, and Goldfarbs. Wajgman was listed however. A friend we knew through our U.S. Synagogue, we discovered shared Zwoleń ancestry with us. Today the are called Wegman. The register informed us on which street they lived on. With the Wajgmans found but the Klajnbohms not, my Grandfather grew disappointed. "The point of going to Zwoleń was to find clues to our forebears, and in this regard we were unsuccessful, despite strenuous efforts," he lamented later on our return. This leads my Grandfather to conclude that Solomon must have lied on his naturalization papers. In my search through the register I did notice a "Perlmutter, Szlomo", and his mother was a "Sarah Perel Klajnbohm". I favour this matronymic theory.

Pressing on, Pawel and Zigneb presented us with two more documents: a series of black and white photographs, and some historical newspapers. We noticed in one photograph of the interior of the old synagogue a scene of disarray. The state is unexplained. 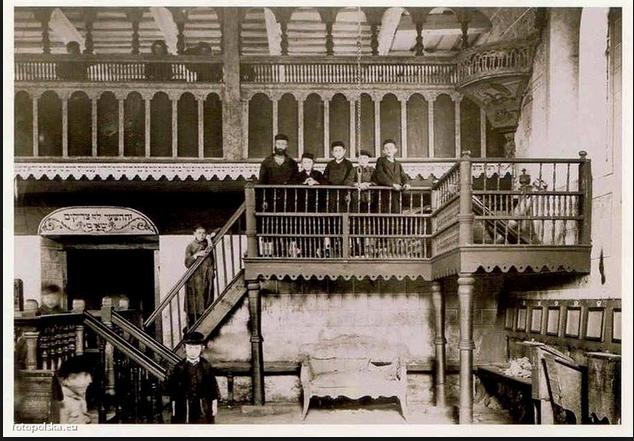 Is the interior state normal for the time? Couch is torn, and object lying against walls.

The historic newspapers for our perusal chronicled quotidian life from 1700 to WWII. Flipping though one of the preserved reprints, my mind darted to one article that ended with a list of statistics, whose index column contained names. Waijgman was among them. Asking Marta to interpret this list, she explained that it was a record of which vehicles had been commandeered for the war effort. The Wajgman's had contributed there 1500kg capacity truck. My father says this makes sense as a Wajgman met a wife selling vegetables in Radoom, 20 kilometres away.

The transcriptions of historical newspapers.

On the topic of statistics Pawel mentioned that pre-war there were 10,000 people in the town, being 51% Jewish. Today he claims there are only 9,000 with virtually no Jews.

After our we exhausted the literature we offered to take Pawel to lunch, but he countered by insistently inviting us on a walking tour. In our circuitous route, Pawel proved himself knowlegable. He pointed out the only 3 buildings in Zwoleń that has survived Nazi invasion and destruction. 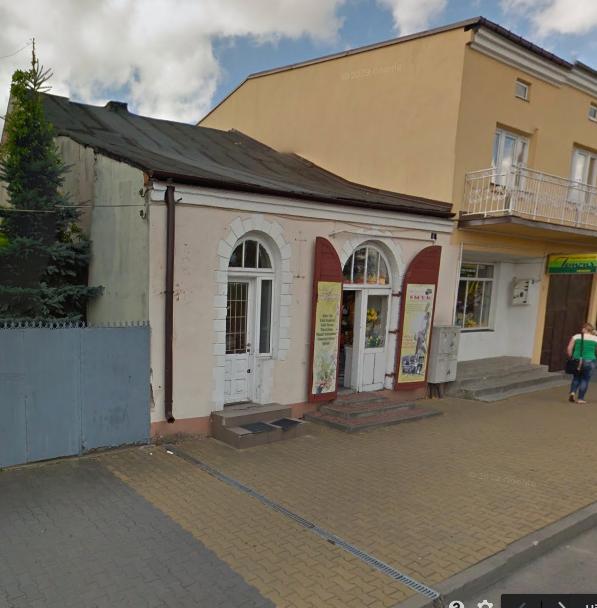 One of the pre-war buildings. 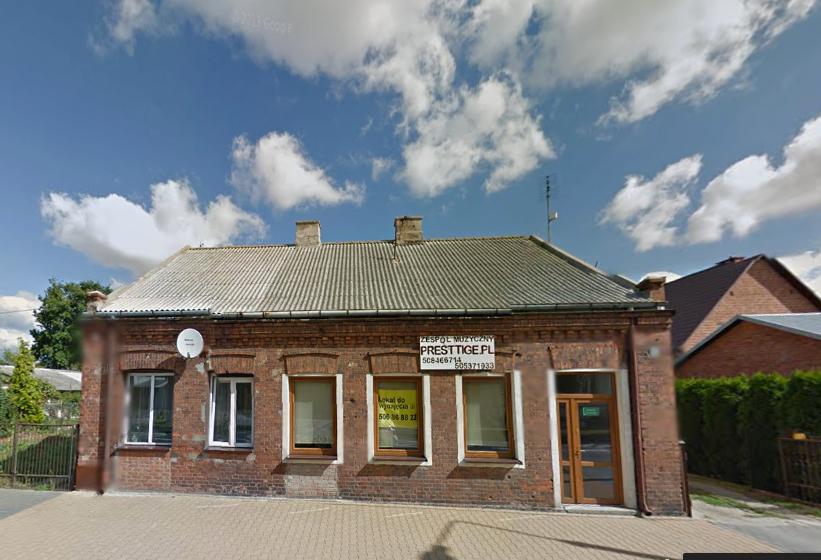 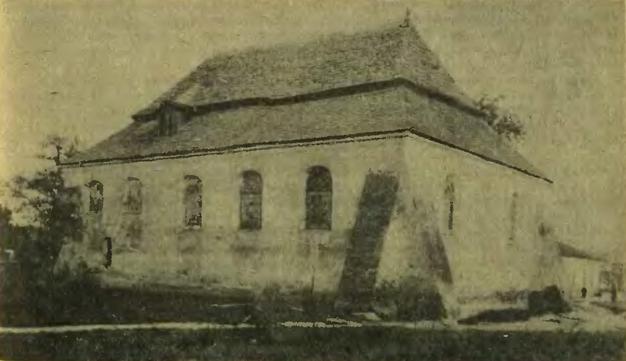 This was the synagogue exterior.

We went to find "Synagogue street",  which is impossible since there is no consensus of its location. The difficulty lies in that the only information as to its site was the recording of it being 100m East of a landmark on the main road. The main road was relocated in 1940s reconstruction. Therefore there are two possible locations, but Pawel thinks it is likely the elder site. Next to the synagogue we know there was also a Mikve, but also this building left no appreciable remains to help determine the original locus.

Having finished our loop we drove to the cemetery approximately a half-kilometre outside the cite centre. Harrowingly, the cemetery was also where lined-up executions took place during war-time as Pawel told. 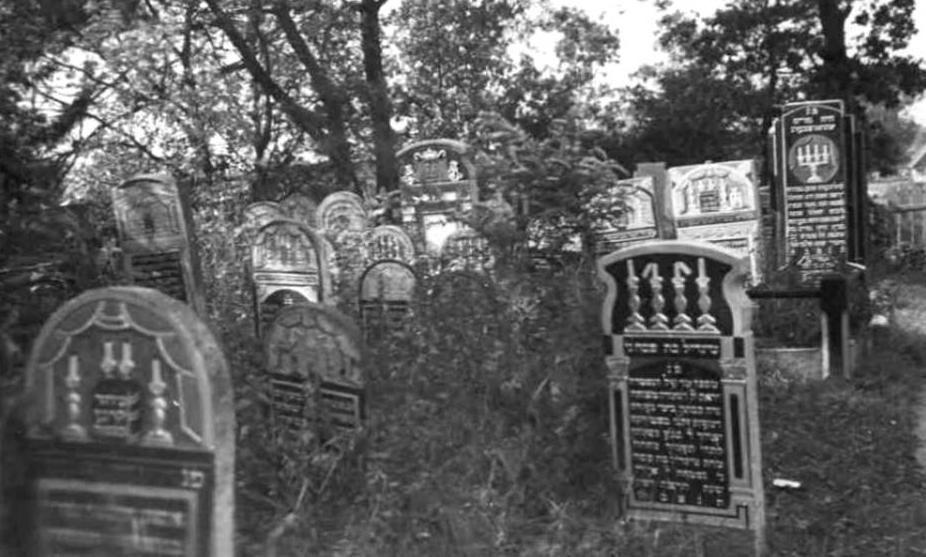 The cemetery as it was. 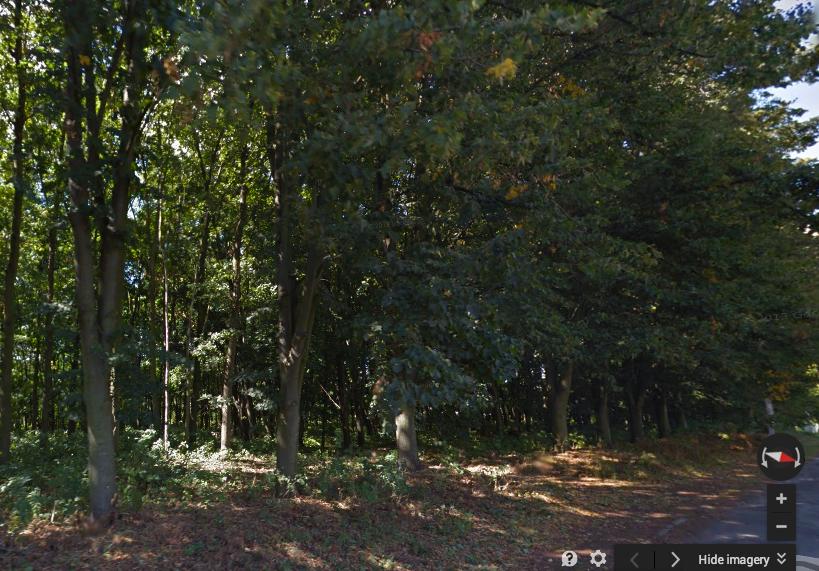 Now, since all the headstones were repurposed by Nazis into a stone walking path, which in turn was asphalted over during the Soviet era, there is just an unceremonious field. We walked the approximately 4 wooded acres which had a mound in the middle from a crumbled building. The tall treetops had become a sanctuary for local "murder of crows". Their squaking produced a not overbearing sound, but still strangely loud. The ground was littered with snails and many fallen-to-their-death fledgling crows. The menorah-tree, although the basic shape remained, was dying too. My father and Grandfather said a Kaddish for the bodies still underfoot. There wasn't anything left to see.

We thanked Pawel who had to go back to his house to mow the lawn for his family. After a traditional Polish meal at a restaurant in a lodge outside of town, we drove the 4 hours back to Krakow.