Suggestions of Fake Profiles in Couchsurfing

I have been investigating profiles of users of Airbnb and Couchsurfing this year as research into personality differences between users of market- and socially-based network hospitality websites. Along the way I have uncovered some suggestive data supporting a rumor that Couchsurfing may have been manipulating the size of its user-base through fake profiles.

After I had assembled datasets of these user's publicly viewable data, I started to take a look at the sign-up dates of each profile to gauge the ages of the user bases. In inspecting the Couchsurfing set, I found an usual spike in sign-ups in 2013.

Conducting a web search for reasons why this would be I queried the web "what happened to Couchsurfing in 2013". There is a murmur on the Wikipedia page that fake profiles have existed for a long time in order to inflate membership statistics.

The  citation for this claim points to a couchsurfing.org blog from September 2013, which now 404's, and neither the Google cache nor the Wayback machine have record of it.

However the data tells a story of its own . The graph below shows, as of May 2016, of Couchsurfing profiles with status "Accepting guests", in which year they signed up and what is their "trust level".  The "trust level" measures if a profile shows verification, or if a profile has at least one reference. 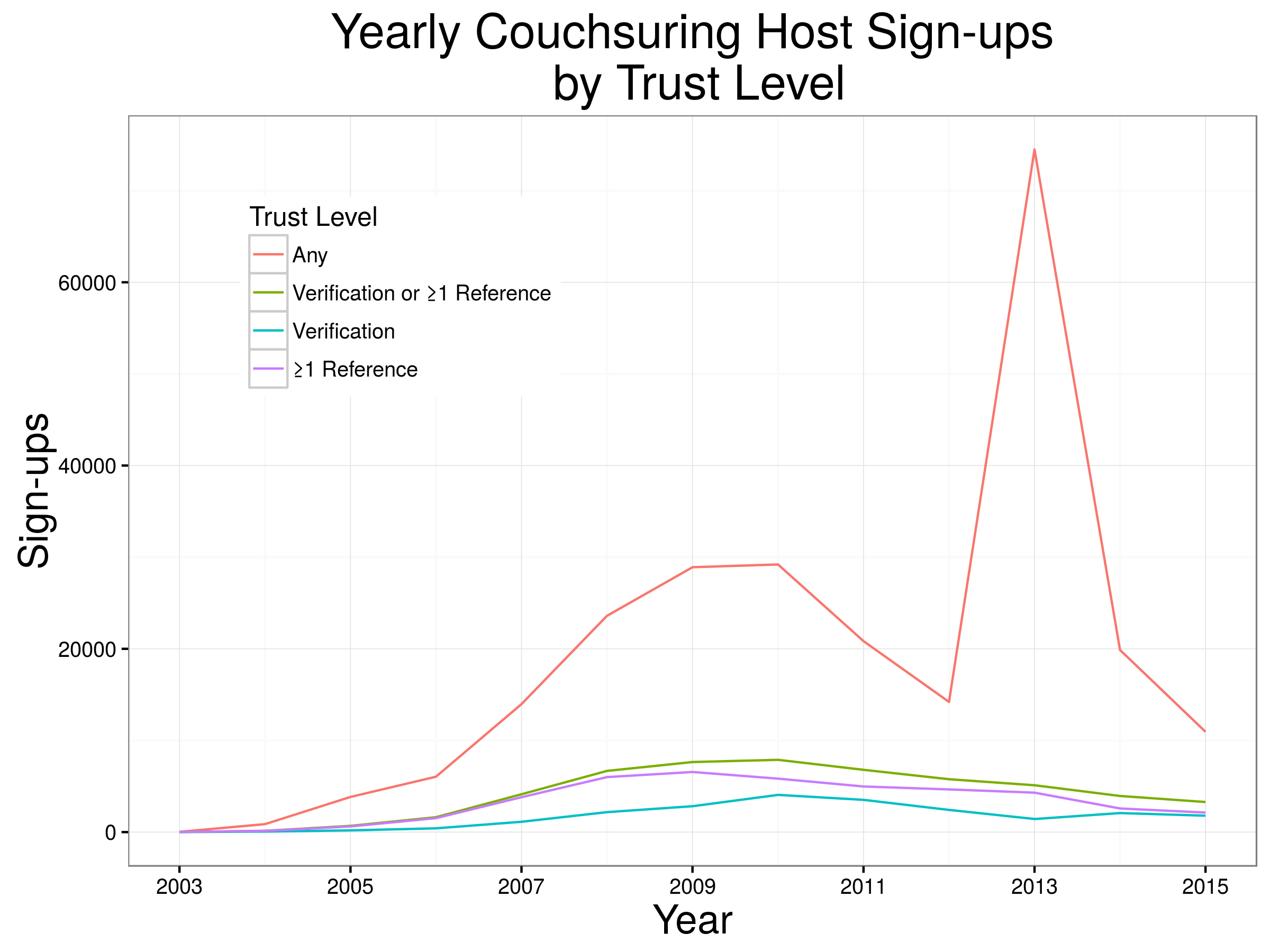 It is clearly visible that the increase of profiles in 2013 is not accompanied by a similar spike in profiles with verification or references. I imagine that a fake profile would have neither of these. Therefor this seems to be suggestive data supporting the fake profile hypothesis - that at least 40,000 additional profiles, which have no verification or references, were  created in 2013.

The year 2013 is an interesting time for such profiles to have been created, since it was soon after the company received venture capital funding in August of 2012. Whether or not the change in ownership had some hand in this suspicious activity is speculation, but certainly the idea that Couchsurfing has been changing recently bears out in the data.